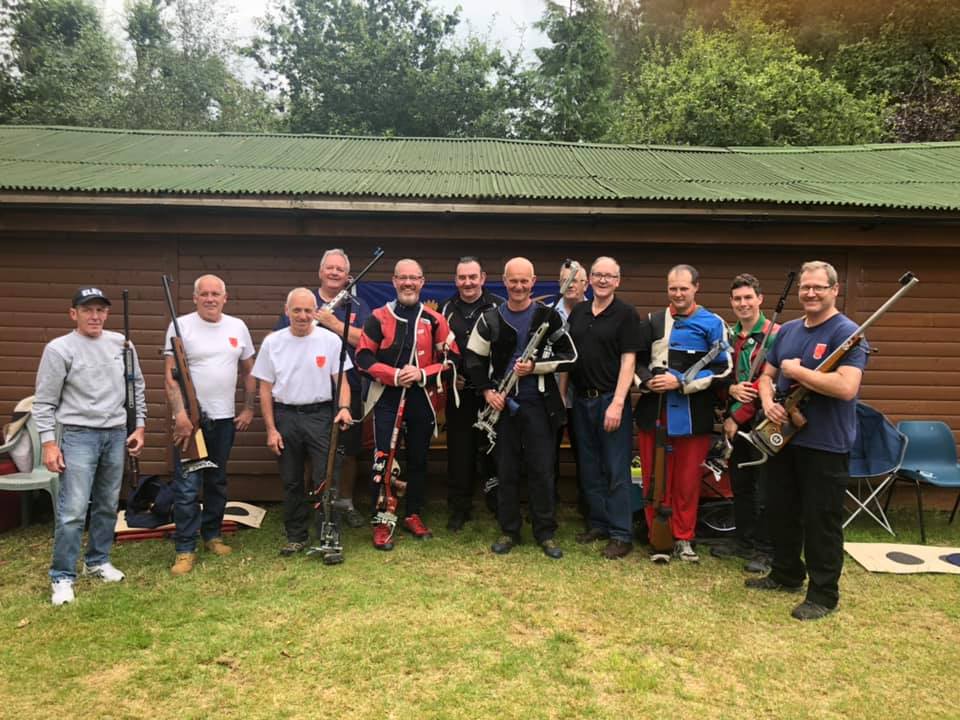 Located next to Rugeley Town Railway Station on a former coalyard, Rugeley Rifle Club is a friendly and competitive target sports club in the West Midlands. One of the most successful clubs in Staffordshire, we have been recognised as a Disability Hub by British Shooting. Our site boasts a 25yard indoor range with outdoor ranges at 50metres and 100yards. We also have a dedicated 10metre indoor range for air rifle and pistol. A new teaching and training building including a second 10metre range was opened in 2020.

From humble beginnings our members have represented England, Wales and Great Britain both domestically and overseas. In 2018 Victoria Bradbury was a member of the GB Junior Women’s Team who took Bronze at the World Championships in Seoul.

Rugeley is a member’s club managed by a volunteer committee. We have no paid employees and members contribute to the running of the club through work parties, officiating on the ranges and coaching new members to make the club the success it is.

Rugeley Rifle Club can trace its origins to 1879 and the shooting section of the “Rugeley Rangers” (21st Staffordshire Rifle Volunteer Corps). The Corp shot at various locations around the Cannock Chase and Etchinghill area. The earthworks and back stops associated with many of those (and later) ranges can still be seen, and the heritage lives on in place and road names like “Shooting Butts Road” and “Rifle Range Corner”. Although we are rightly proud of our heritage, the club is now an entirely civilian group practicing Olympic and NSRA disciplines. We of course welcome members of both the Police and Armed Forces, but do not participate in any military style shooting.

The club’s current name had been adopted by 1901 when our oldest trophy was presented by the Earl of Lichfield. 1901 saw the formation of the Society of Working Men’s Rifle Clubs, which spurred both civilians and Rifle Volunteers to form “miniature rifle” clubs where marksmanship could be practiced affordably with smallbore rifles at short ranges and even indoors, rather than needing to travel to larger ranges in the countryside.

The current building and range complex on Wharf Road was purpose built and opened in 1971, undergoing continuous improvement over the years. The most recent developments include the installation in 2019 of a Public Access Defibrillator which was funded by club members in partnership with Rugeley and District Community First Responders, and the completion of the new Delaney Training Room in 2020, which provides a multi-purpose space for meetings, instruction and 10 metre airgun shooting.

The club is open to all comers including disabled participants, and we have a strong training programme that encourages and welcomes novices into the sport. Please see Membership for information on becoming a member.